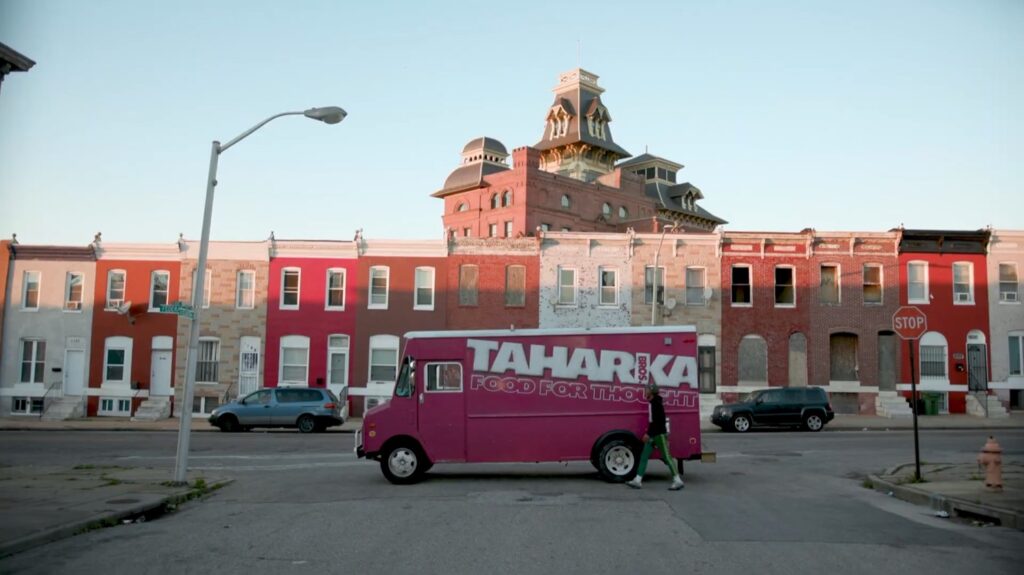 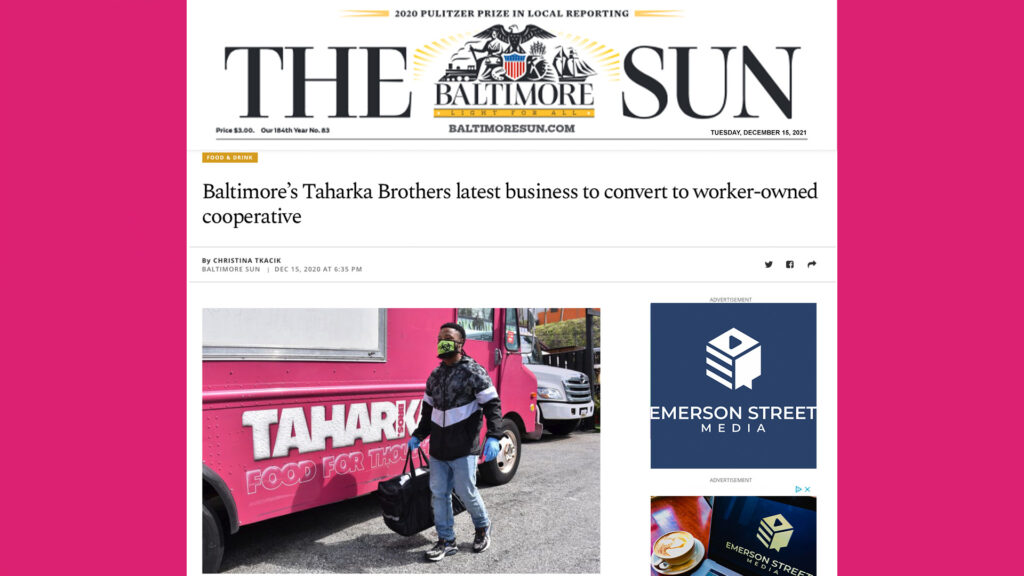 “When it came to handling the logistics around our inbound press requests, Emerson Street Media was unsurpassed as a partner. They handled everything, which helped us focus on our core business while we still reaped the benefits of the media connections they made.”
Stephen Butz
CEO, Taharka Brothers

Just about everyone in Baltimore knows that Taharka Brothers doesn’t just make incredible ice cream but is also committed to inspiring cultural understanding and community engagement in the city of Baltimore. It is an amazing company, and we were proud to partner with Taharka in its media outreach campaign announcing that ownership of the company was being transferred to six long-time employees, making Taharka Brothers a fully employee-owned, majority black-owned business.

Through extensive communications with company leadership, we gained a clear understanding of the goals and objectives for this campaign, as well as the primary messages we wanted to convey and why. We then devised the strategies and tactics to make the effort a success, including identifying key media members to target for the outreach, crafting powerful story pitches and creating a press release and other critical background materials.

Leading up to the announcement of the ownership change, we proactively connected with media members through calls, emails and social media. Follow-up efforts helped bolster the immediacy and impact of the news regarding Taharka Brothers, leading to awareness among media members across different platforms.

The ownership news resulted in premiere articles in both The Baltimore Sun and The Baltimore Business Journal, providing Taharka Brothers with prominent and positive coverage of its biggest announcement in years. The stories were then featured on the Taharka Brothers website and social media channels, empowering the company to leverage the great coverage long after the articles were posted and printed.