When it comes to celebrity or athlete partnerships, brands select the persona that best fits their business objectives that lead to increased sales and a heightened reputation in the industry.

But occasionally, partnerships like the one between Adidas and Kanye West can lead to a damage in reputation when the celebrity brings on a controversy. In this case, West’s controversy and Adidas’ delayed response to it caused the brand to lose trust from its consumers and investors, hurting its reputation.

This blog will give insight into the Kanye West controversy, how Adidas responded and why it was problematic, and how brands should prepare for and handle crisis situations before, during, and after they arise.

Kanye West is keen on basking in the spotlight. Since his rise to stardom in 2004 after the release of his first album, he has solidified himself as a talented industry leader in both music and fashion. But every success seems to be followed by a controversy that sends his public relations team into crisis response, hoping for a quick bounce back.

This month, West’s divisive comments caused him to fall straight to Earth.

“I’m a bit sleepy tonight but when I wake up I’m going death con 3 (defcon 3) on JEWISH PEOPLE the funny thing is I actually can’t be Antisemitic because black people are actually Jew also You guys have toyed with me and tried to black ball anyone whoever opposes your agenda.” – @kanyewest

Following this viral tweet, West appeared on a popular podcast, Drink Champs, and boasted about Adidas’ inability to cut ties with him saying, “[…] I can say antisemitic things and Adidas can’t drop me. Now what?”

How long was Adidas’ partnership with Kanye West?

The lucrative arrangement began in 2013 as a short-term commitment following West’s sudden exit from an exclusive partnership deal with Nike. In 2016, the German-founded shoe company grew their relationship with the artist, extending the arrangement to a 10-year partnership set to end in 2026. This extension marked one of the most lucrative partnerships between a rap artist and an athletic brand; In 2016, Adidas CMO Eric Liedtke referred to it as “the most significant partnership between a non-athlete and an athletic brand.”

How did Adidas respond?

After weeks of silence and intense public pressure, on October 25, Adidas announced the termination of their nine-year partnership with Kanye West. The brand has called for all locations to remove Yeezy merchandise and has stopped production on all Yeezy branded products.

In their public statement, Adidas included the expected profit losses by cutting ties with the Yeezy brand. While this is expected in a private earnings call, including this information publicly undermined Adidas’ perceived intentions.

Rather than trusting that Adidas did not support partners who made anti-semitic statements, consumers are left wondering if bottom line implications was the real reason for the termination.

How should brands respond to bad behavior from corporate partners?

While no one can predict a person’s future behavior, companies can prepare themselves for partnership controversies with a well-organized and well-practiced crisis communications plan.

In the case of Adidas, action should have been taken immediately rather than several weeks after the controversy first took place. Kanye West released his controversial Tweets on October 8. Twitter took immediate action by temporarily banning him from the platform the same day. Other corporate sponsors, including Balenciaga, his talent agency CAA, and others were also quick to remove him as a partner.

Adidas waited until October 25 to take action and remove him as a partner. This caused unwanted negative press and caused web sleuths to uncover an even greater controversy in the German-based brand – in World War II, they supplied material support to the Nazi Regime.

With its slow response, Adidas tarnished its brand reputation when swift action would have prevented a greater controversy.

What guidance do we offer brands?

While no one can fully control the behavior of a brand partner, brands can control the fallout from a controversy with swift, targeted action that aligns with its greater beliefs and practices. This includes having a ready-made crisis communications plan, practicing that plan, and when a controversy does occur, taking action as soon as possible to rectify the situation. While all companies can hope they don’t experience a crisis, the best companies are always prepared for when the worst scenarios do occur. 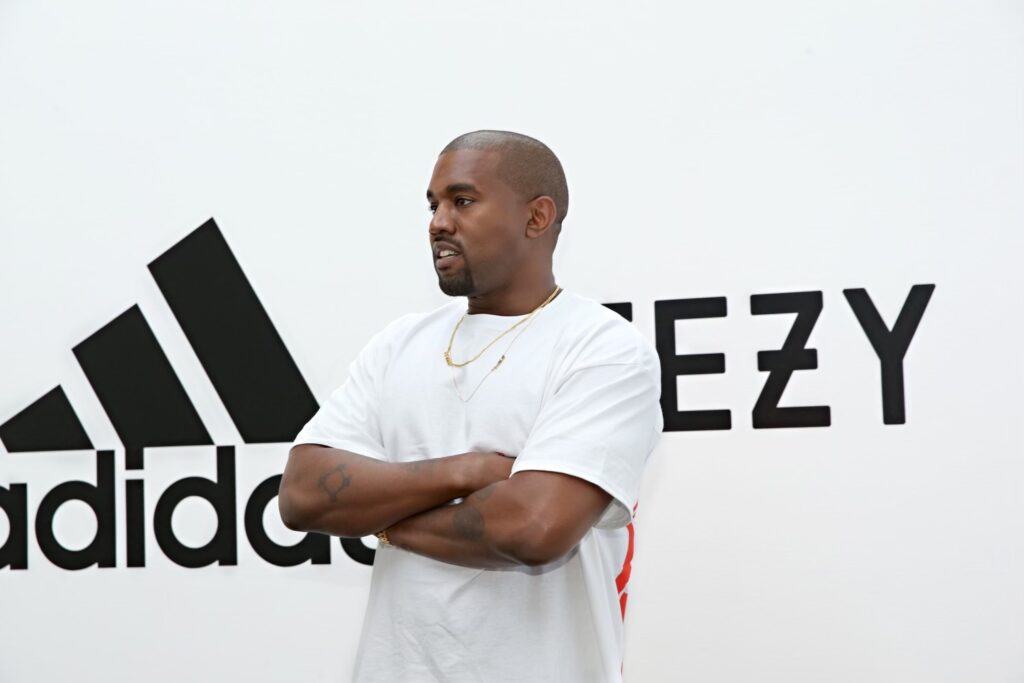